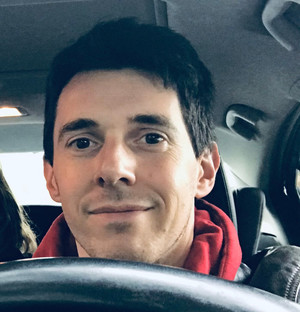 most of my uploaded photos do not appear, in my photostream, after page 13 I cannot see a single photo, only their names come out.
What is going on? Need your help.

I have emailed their support team two days ago, have heard from them yet…

Yep, same for me. Get it working again!

same problem, only the photos on the first page are appear, no answer of the support since 3 days!

Ok,I have tried several other random users, all of them have the same problem…

Yes, same with my photos. Anything older then Oktober 23.2009 does not work.

Al photos older then 2010 are not working and no answer from the support over one week !!!!
I need the photos for my homepage, knows anybody a better systhem then zooomr ?

same here, my pics are absent prior to 2010. i really hope it gets fixed. i dout i can find my old negatives again 🙁

It is the 10th day after I sent my query to the support team, and Im yet to hear from them, I just checked Kristophers photos stream, he got the same problem.

Al photos older then 2010 are not working and no answer from the support over one week !!!!
I need the photos for my homepage, knows anybody a better systhem then zooomr ?

Maybe you want to try flickr or even google

Got the same problem in my account. (uploaded pics in 2007 and I cant see them now). Does anyone has an idea how to teach however in charge for the website?

Lets see, major problem on our website, lets ignore it for weeks, and pretend itll go away. Lets not tell our users anything either.

Same to me,most of my uploaded photos do not appear.

Lets see, major problem on our website, lets ignore it for weeks, and pretend itll go away. Lets not tell our users anything either.

Yeah I have backup, I can spend sometime to dig them out.

Its rather irresponsible of zooomr team (if theres still one) to do things like this.

I was referring to the fact that apparently Zooomr doesnt have backups, or know how to use them.

Does anyone know how to say drive failure in Japanese?

Maybe any communication at all would remove some of my sarcasm.

Kris is too busy being Otaku boy and trying to turn himself into a Japanese weeabo to give two craps about this site.

Any other site would have dealt with these problems, head on, even Flickr… shock, horror.

But, nope, Zooomr is f*cked and Kris doesnt give a shit, unless one of his Japanese backers rides his ass about it.

RAID is not backup.

I just sent Kristopher another DM. Does anyone know how to get in touch with his Japanese VCs?

I really hope that something will be done about this. I had some irreplaceable pictures on there which cant be accessed now. I found copies of about half of my most important pictures on an old laptop, but Ive been searching everywhere and cant find some of my others.

I can not belive this….. all my photos are gone?

And the biggest problem is, nobody gets any answer…

Same here, none of my photos is shown anywere!!
Been some time since I used my account, but I never had expected this!

Zooomr seems dead and where are Kris?

Same problem here. My guess is this site barely has any money. Has anyone noticed they closed account registrations like a year or more ago in anticipation of Zooomr zest, which never truly arrived?

I think I got my response from Kristopher: He dropped me as a follower on Twitter so I cant send him any more direct messages. Nice way to treat someone who has been on this site since 2006.

Meanwhile, Im restoring my missing photos, but with the flash downloader down, I have to do it One. Photo. At. A. Time.

Questions, comments? Please use my public inbox by sending a plain-text email to ~cedric/public-inbox@lists.sr.ht.